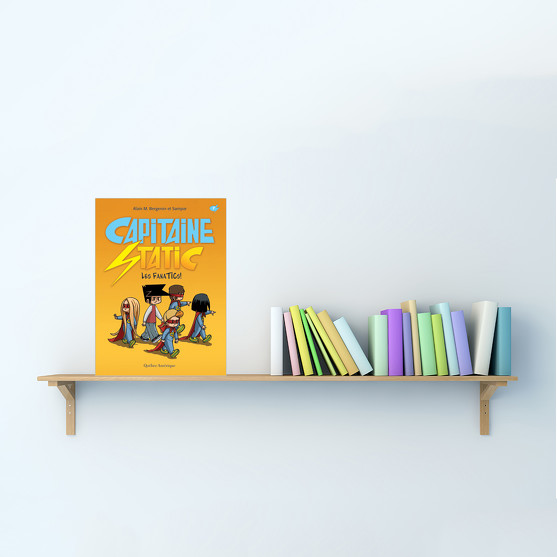 Capitaine Static finally has a fan club! Eight young admirers belong to the group and track their idol’s every move. It should be said that, up to now, Capitaine Static has been the only superhero in town, but now a new student has appeared on the scene and he not only has a costume but also amazing powers! The competition promises to be fierce!

Alain M. Bergeron and Sampar are two talented individuals from the same town who would have made worthy opponents. Instead they chose to join forces to create more than 100 works. This high-powered team electrifies us with their seventh book in the Capitaine Static series!